Is Culture of Innovation De-humanizing?

The last Sunday’s New York Times article describing the almost inhuman culture at Amazon created a firestorm of debate about what is going on in companies behind their doors. It has raised questions about how innovation is created and facilitated through leadership, talent and the working environments. Some wonder whether innovation thrives only in highly competitive and even callous environments. CEO of Amazon, Jeff Bezos was quick to react to the allegations of the de-humanizing culture there by stating that the company described was not the Amazon he knows. In the times of “talent wars” for the best and the brightest in software and big data engineers, the reputation 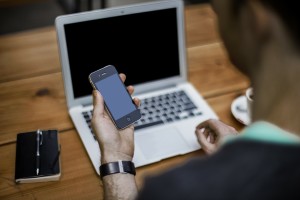 of a company is the key attractor of employees. This is why employer review companies like Glassdoor are blossoming and stories like the one by the NY Times can be devastating.

It will be interesting to see whether the innovative online retail giant of some 180,000 people will invest in building a reputation for a more respecting and caring culture and change how the story about it is being told.

I remember when ten-twenty years ago people at Microsoft claimed that the then CEO Steve Ballmer had insisted that innovation thrives in the “dog eat dog” culture; and therefore, the stack ranking system and fierce internal competition was the way to manage people. Legendary were the meetings when the Microsoft co-founder Bill Gates fumed at anyone whose report he wasn’t satisfied with. He has often been referred to as an example of an autocratic or authoritarian leader. As a highly intelligent entrepreneur, he had put his everything into building the business and demanded the same of everyone reporting to him.

Often those who have ambitions to climb the organizational ladder begin to emulate the top leadership. At Microsoft, this created a corps of Bill-ites who imitated some of his idiosyncrasies, ways of speaking, even his rocking and yelling. However, this didn’t produce the results they expected down the line because there is only one Bill Gates, and his style didn’t scale. Based on what I read in the NY Times article, something like this might be happening at Amazon, too. So, even if Jeff Bezos, Bill Gates, or Steve Jobs have been perceived as behaving like jerks, it does not mean that they condone other people’s jerkiness.

It is time all CEOs and top execs understand that more self-awareness and consciousness of their personal impact is required of them. The top leaders’ behavior is the single most important indicator of the culture of the company. The ripple effects can amplify the style of leadership as the people around these leaders emulate the good, the bad, and the ugly. The patterns of behavior are being adopted without question when they are role modeled by a powerful top leader.

A coaching client of mine who is looking for her next executive level position, spends her time talking to people trying to understand the culture of potential organizations she is considering. After some unfortunate forays to a couple of companies where she had found herself in misalignment with their practices she is choosing the company to work for very carefully. “The cultural match is crucial”, she says.

So, why would it pay to develop a culture where people feel respected and cared for while also challenged to perform at their optimum? Because engagement leads to productivity. According to Gallup’s State of the American Workplace: 2010-2012 report, only 30% of the workers are committed to the work they are hired to do. This has dramatic effects on the bottom line and competitiveness of companies.

Companies like to say that they are data driven and that “data liberates”. Leadership tools like the Denison Culture Survey or Team Diagnostic that measure the impact of the “intangibles” like adaptability, involvement, consistency, trust, respect and the like are useful for organizations who like to measure what they manage and who are serious about aligning their culture with their values. In a rapidly changing world, regularly measuring the changes in the experience of the culture is key to managing the valuable talent and optimizing their performance.

If your organization’s value statement claims that the employees are the most important asset and most everyone but the CEO thinks it is a cynical joke, then it’s time for someone to speak the truth about the Emperor having no clothes. Sooner or later this reality will affect the health of the workforce and hit the bottom line. And this should matter to every leader.

Article Author: Kristiina Hiukka is a Seattle-based professional leadership consultant, coach and trainer.  She believes in creating positivity driven performance cultures. She grooms leaders and facilitates teams at small companies as well as global organizations. She founded Women in Innovation, a community and summit that convenes women leaders with Big Ideas. A native of Finland, Kristiina serves as Honorary Vice Consul of Finland for the State of Washington. Kristiina speaks on a variety of leadership topics connected to her passions: Leadership, Innovation, Collaboration, Communication, and Gender Intelligence www.kristiinahiukka.com. To get tips on Leading Smart in life and business Click Here