What Really Matters – the ROI of Executive Coaching

When The Seattle Times headlined a front-page story (Aug 17, 2018) about the fee per hour for #coaching the CEO of Sound Transit, it was curious that the hourly rate ($550) of the coach earned the headliner status rather than the reasons why coaching was requested in the first place.  (And despite all the litigations plentiful in this country, we have yet to see a front-page headline about the hourly rate of the top lawyers.)

A much more interesting figure would have been a calculation of the cost of doing nothing about a “brash”, “aggressive” or even abusive leader. Or the cost of lost productivity because of employees dealing with sexism and interactions laced with profane language. 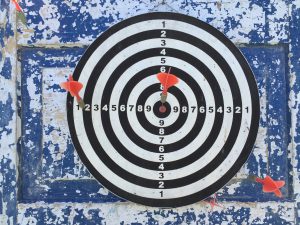 Or, what if, instead of hiring a #coach, the CEO had spent about $10,000 and bought all his 594 employees Bob Sutton’s book “Asshole Survival Guide – How to deal with people who treat you like dirt”?  Or, what about the cost of firing the CEO and recruiting a new one?

#Leadership initiatives – training or coaching – can be disruptive and financially challenging, but taking no action is the most expensive option of all. I’m glad Sound Transit took action because it matters who is managing all the billions of taxpayer dollars it is in charge of – and how. The agency’s job is to secure the transportation needs of the citizens in the Puget Sound region. In their 2018 budget Sound Transit expects to collect $2.1 billion in revenues, spend some $1.9 billion in projects and run an operating budget of almost half a billion dollars.

Leadership is not easy; therefore, #leadership coaching has grown into a global profession. The International Coach Federation (ICF) estimated that in 2016 there were some 53,300 coach practitioners worldwide. While most #executive coaching focuses on helping good leaders become great, sometimes coaches are hired to help “clean up bad behavior”. Just like my clients, the ICF reports that the most common reasons executives hire a coach include the need to “optimize individual/teamwork performance” (43%), “improve communication skills” (39%) and “increase productivity” (38%).  When leaders keep practicing and fine-tuning these skills throughout their careers, everyone benefits.

Research suggests that the beneficial effects of coaching a leader ripple through the organization. When leaders create environments where employees feel engaged, productivity improves by 20-25% (The McKinsey Global Institute) and teams with high employee #engagement rates are 21% more productive and have 28% less internal theft than those with low engagement. In addition, organizations with highly engaged employees had an average 3-year revenue growth 2.3 times greater than companies whose employees were only engaged at an average level (UNC Kenanflager Business School). The results from my years of coaching executives are in line with the above results.

Executive jerkism ends up costing organizations heavily. People disengage and get sick when working for bad bosses – or bosses who are bad at their job. Some 58% of employees say poor management is the biggest thing getting in the way of productivity (Society for Human Resource Management), health care costs at companies where there is high levels of stress are almost 50% greater than at other organizations (BMC Public Health), and according to Gallup, the cost for disengaged workers over a five-year period was approximately $300 billion in lost productivity and employee performance.

People don’t leave jobs; they leave bad bosses and unsafe #cultures.  A culture of an organization is shaped by the worst behavior the leader is willing to tolerate. When the leader himself is the worst offender, the whole system becomes toxic, lacking trust and respect. Sound Transit claims “In all that the agency does, fostering a culture of #safety for customers and employees remains a key focus.”  Safety is important not only at construction sites but in meeting rooms as well.  In safe cultures, employees feel respected and free to express their thoughts, needs, and contributions. This, in turn, feeds #innovation and high performance.  When people do not feel safe they focus on self-preservation, and the culture becomes fearful and divisive (“us” and “them”). This leads teams to work in silos instead of #collaborating. Creative problem-solving ability wilts while cynicism blossoms.

The culture of an organization is shaped by the worst behavior the leader is willing to tolerate. When the leader himself is the worst offender, the whole system becomes toxic. Sound Transit is wise to work on their culture (it is defined at the top). They are facing an increasingly competitive market for recruiting and retaining #talent. The costs associated with replacing an experienced employee are significant.

Not everyone is coachable. If a Jerk-In-Chief is being ordered into coaching against their will, coaching is bound to fail.  Coaching is a partnership and requires the coachee and the coach commit to working together.  Thus the newspaper headline should have celebrated the fact that the CEO chose (?) to be coached because it is a sign that he had enough self-awareness to turn to a coach for help. The few thousand dollars spent in developing a leader who is accountable for billions of dollars and has the most influence in creating the workplace culture is money well spent.